Some substances found naturally in rocks or soils, such as iron, manganese, arsenic, chlorides, fluorides, sulfates, or radionuclides, can become dissolved in groundwater. Some substances may pose a health threat if consumed in excessive quantities; others may produce an undesirable odor, taste, or color. 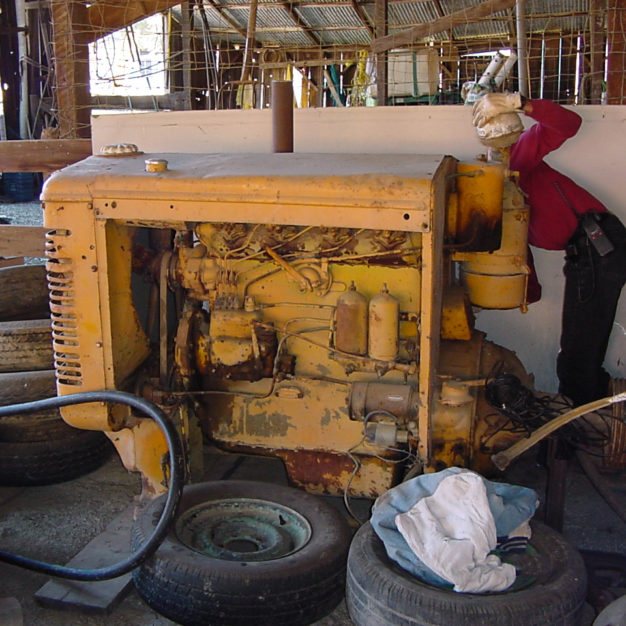 END_OF_DOCUMENT_TOKEN_TO_BE_REPLACED

Many types of activities occur on agricultural properties.  The most obvious chemicals of concern from agricultural land use are pesticides, which include insecticides, herbicides, fungicides, rodent poisons and some other kinds of poisons.

Because there are thousands of potential pesticides, there is no single test for pesticides in soil or groundwater. The site history must be investigated to find out what types of pesticides may have been used. Pesticides can enter the environment in multiple ways such as: 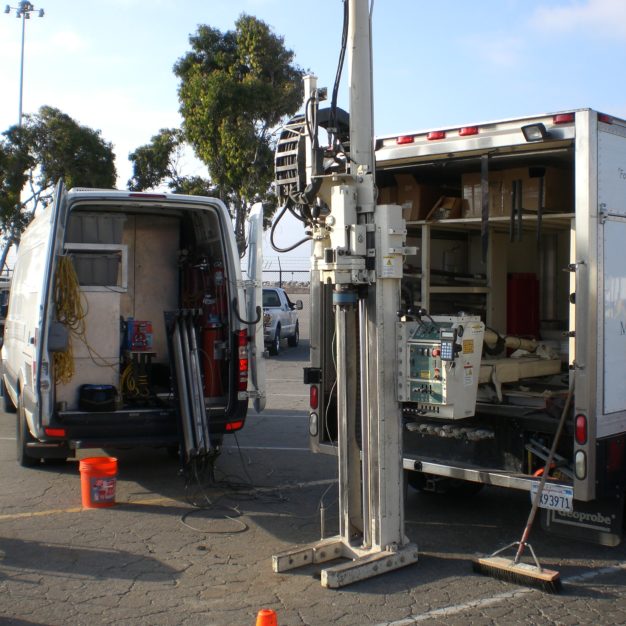 END_OF_DOCUMENT_TOKEN_TO_BE_REPLACED

Airports and sea ports typically occupy very large parcels of land and provide facilities for the transfer of cargo and people. These facilities include many types of operations that could impact soil and groundwater. Some common operations around ports include: 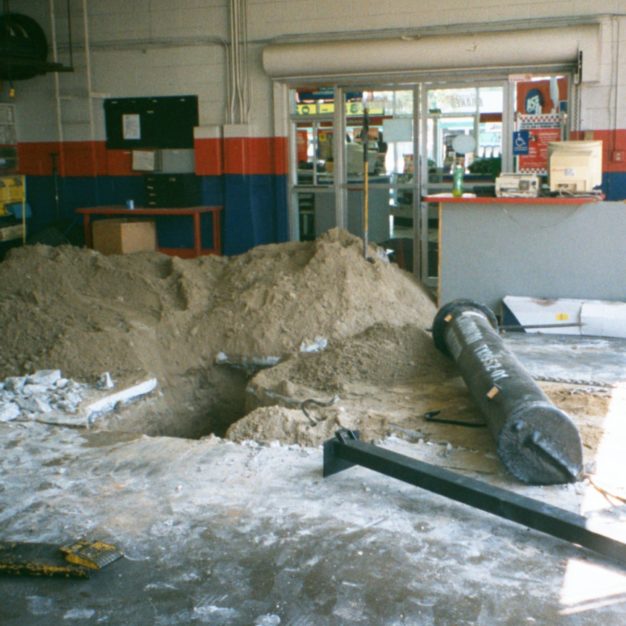 END_OF_DOCUMENT_TOKEN_TO_BE_REPLACED

Automobile repair activities may result in accidental spills or intentional dumping of chemicals into soils.  Junk vehicles may also be a source of these chemicals or other contaminants, depending on their condition and how and where they are stored. Many contaminants could be associated with these activities such as:

[We have not posted any projects for this category yet]

END_OF_DOCUMENT_TOKEN_TO_BE_REPLACED

Industrial waste clarifiers are used by manufacturers to prevent solids and oils from entering the municipal sewer system. They are typically multi-chamber concrete structures that are installed below grade. Clarifiers will intercept an industrial waste stream before connection to a sanitary sewer line. As wastewater passes through the clarifier, solids will settle to the bottom and oil will float. A service company will periodically remove the oil and solids for disposal or treatment at an offsite facility.

Clarifiers can be sources of contamination when other substances, such as chlorinated solvents or metals, are present in the waste stream. Solvents will migrate through concrete or rubber seals and impact subsurface soil and groundwater. 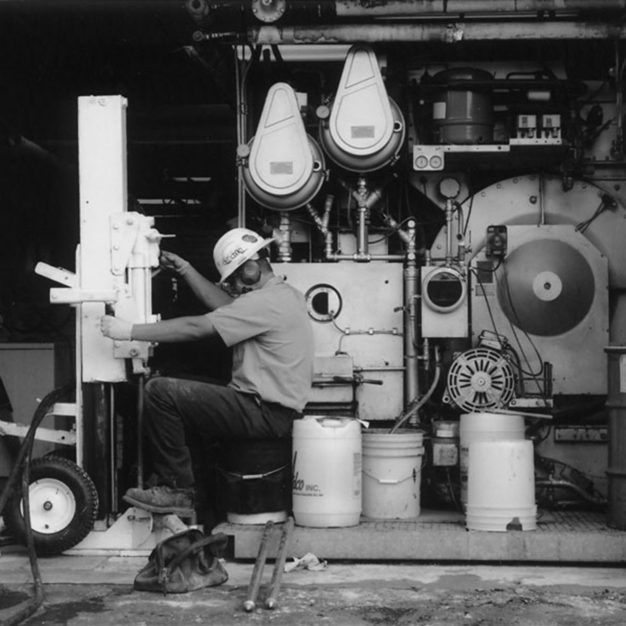 END_OF_DOCUMENT_TOKEN_TO_BE_REPLACED

Dry cleaning is a clothes cleaning process that uses a chemical solvent instead of water. From the late 1800's to the early 1900's, dry cleaning was performed using petroleum-based solvents such as turpentine, kerosene, benzene, gasoline, Stoddard solvent, and mineral spirits. After the turn of the century, chlorinated hydrocarbons became preferred because of low flammability. Typical chlorinated hydrocarbons used for dry cleaning have included carbon tetrachloride, trichloroethene, Freon 113 and tetrachloroethene (also known as perchloroethene, PCE, or perc). By the 1950s, PCE became the primary solvent used for dry cleaning.

There are two primary human health risk concerns associated with the release of PCE to the environment: 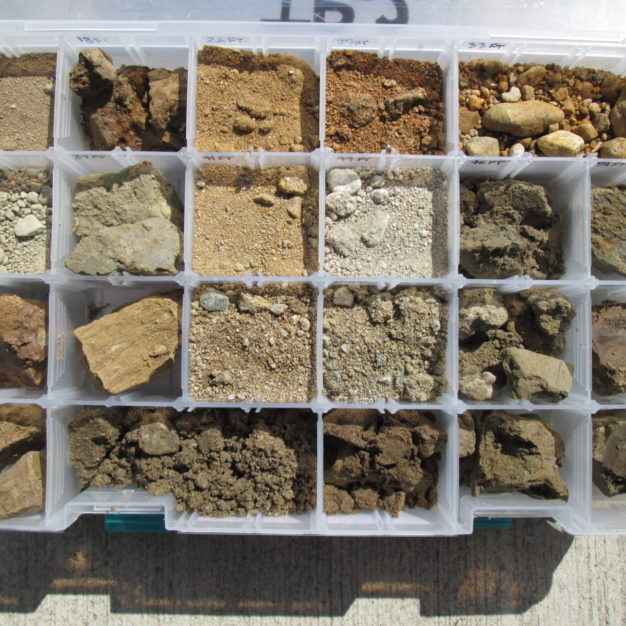 END_OF_DOCUMENT_TOKEN_TO_BE_REPLACED

Industrial facilities can release many types of contaminants to the environment depending on the type of industry and the specific procedures used on site. A brownfield is defined as “a property, the expansion, redevelopment, or reuse of which may be complicated by the presence or potential presence of a hazardous substance, pollutant, or contaminant.” Cleaning up and reinvesting in these properties increases local tax bases, facilitates job growth, utilizes existing infrastructure, takes development pressures off of undeveloped, open land, and both improves and protects the environment.

If commercial or industrial manufacturing activities have occurred on or near the property, it is essential to research what chemicals might have been used for a specific activity. The level of contamination will depend on many factors, such as the type of chemical, the material and waste management procedures, and the length of time the chemical was used. Some of the many sources of soil and groundwater contamination include metals plating, electrical component fabrication, fuel or chemical storage, automobile or machine repair, furniture refinishing, treated lumber, pesticides, fertilizers, landfills, septic systems, fires, and lead-based paint. 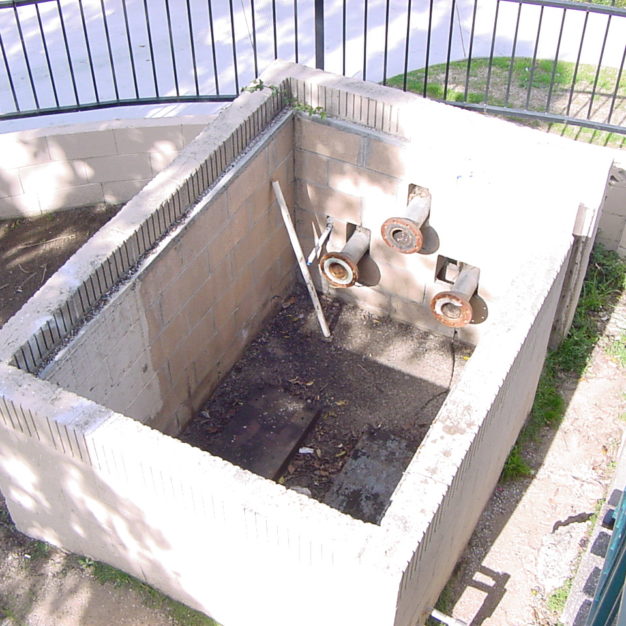 END_OF_DOCUMENT_TOKEN_TO_BE_REPLACED

Landfill leachate is generated by the decomposition of waste. Leachate contains numerous constituents including dissolved metals (e.g., iron and manganese), salts (e.g., sodium and chloride), and common anions and cations (e.g., bicarbonate and sulfate). Leachate concentrations are typically much greater than concentrations present in natural groundwater systems. Leachate can contains hazardous constituents, such as volatile organic compounds and heavy metals . Wood-waste leachates typically are high in iron, manganese, and tannins and lignins. Leachate from ash landfills is likely to have elevated pH and to contain more salts and metals than other leachates. 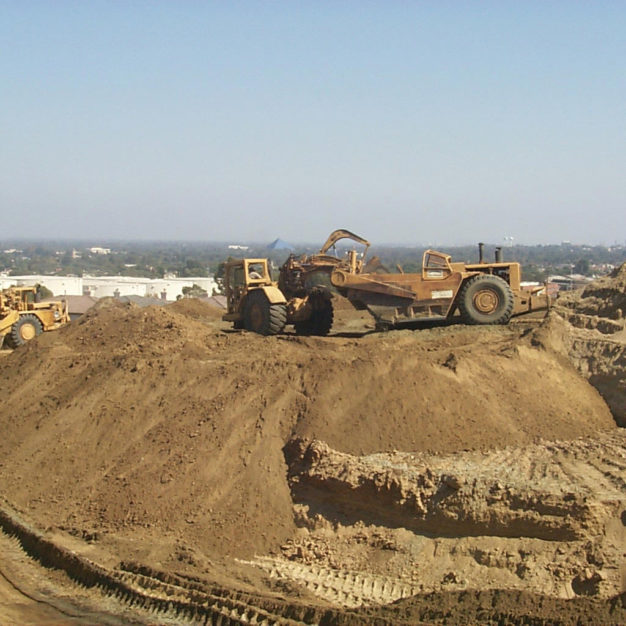 END_OF_DOCUMENT_TOKEN_TO_BE_REPLACED

Produced water (water that coexists with oil and gas in the formation and is recovered during well development) generation can be an issue during the drilling/development phase, although it usually becomes a greater waste management concern over the long-term operation of an oil or gas field because water production typically increases with the age of the production well. Regulations govern the disposal of this produced water; the majority of it is disposed of by underground injection either in disposal wells or in enhanced oil recovery wells. 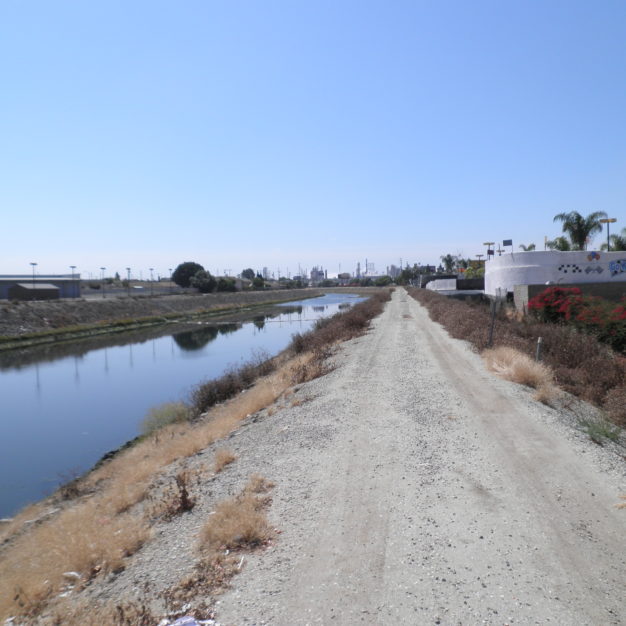 END_OF_DOCUMENT_TOKEN_TO_BE_REPLACED

Energy pipelines include liquid petroleum and natural gas pipelines. Liquid petroleum pipelines can carry crude oil, refined product, and volatile liquids. Crude oil transmission lines bring oil from producing areas to refineries. One of the largest is the Trans-Alaska Pipeline, which is 48 inches in diameter.

Because pipelines are typically buried, soil will be directly impacted by a release. Subsurface releases to soil tend to disperse slowly and are generally located within a contiguous and discrete area, often limited to the backfill materials within the pipeline trench. In the event of a spill, a portion of the released materials would enter the surrounding soil and disperse both vertically and horizontally in the soil. The extent of dispersal would depend on a number of factors, including speed and success of emergency containment and cleanup, size and rate of release, topography of the release site, vegetative cover, soil moisture, bulk density, and soil porosity. High rates of release from the buried pipeline would result in a greater likelihood that released materials would escape the trench and reach the ground surface.

Unlike chemicals with high environmental persistence (e.g., trichloroethylene, pesticides), the areal extent of the dissolved constituents will stabilize over time due to natural attenuation processes. Natural biodegradation through metabolism by naturally occurring microorganisms is often an effective mechanism for reducing the volume of crude oil and its constituents. 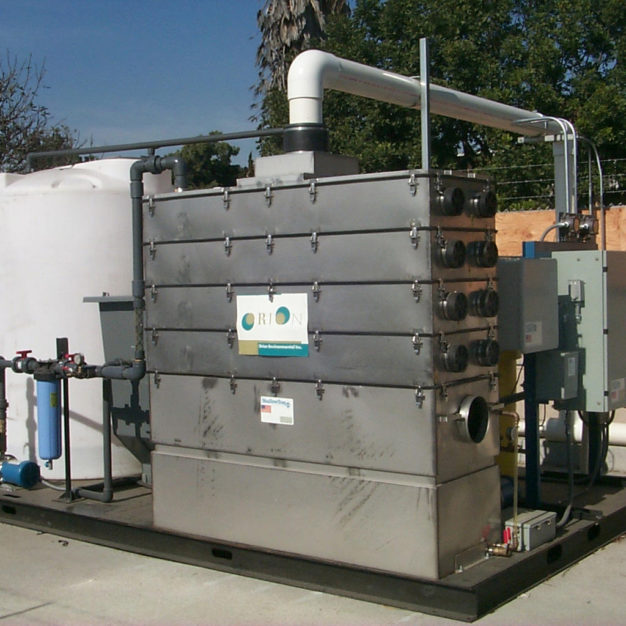 END_OF_DOCUMENT_TOKEN_TO_BE_REPLACED

In 2016, there were approximately 563,000 underground storage tanks (USTs) in the U.S. that stored petroleum or hazardous substances. Until the mid-1980s, most USTs were made of bare steel, which could corrode and allow UST contents to leak into the environment. Faulty installation or inadequate operating and maintenance procedures also can cause USTs to release their contents into the environment. Since 1984, more than 1.8 million USTs have been closed.

Nearly all USTs regulated by the underground storage tank requirements contain petroleum. UST owners include marketers who sell gasoline to the public (such as service stations and convenience stores) and non marketers who use tanks solely for their own needs (such as fleet service operators and local governments).

The greatest potential hazard from a leaking UST is that the petroleum or other hazardous substance can seep into the soil and contaminate groundwater, the source of drinking water for nearly half of all Americans. A leaking UST can present other health and environmental risks, including the potential for fire and explosion. 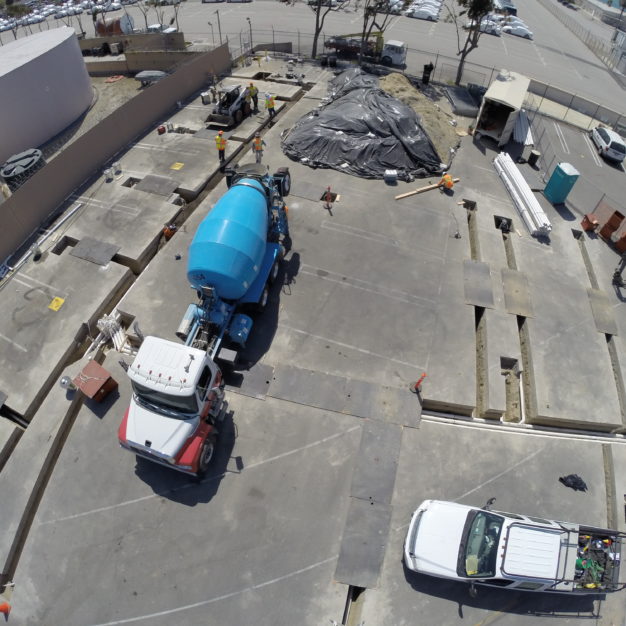 END_OF_DOCUMENT_TOKEN_TO_BE_REPLACED

Improper chemical storage, materials handling, and poor-quality containers can be major threats to soil and groundwater. Tanker trucks and train cars pose another chemical storage hazard. Each year, approximately 16,000 chemical spills occur from trucks, trains, and storage tanks, often when materials are being transferred. At the site of an accidental spill, the chemicals are often diluted with water and then washed into the soil, increasing the possibility of groundwater contamination